How drones can revolutionise shore-to-ship deliveries 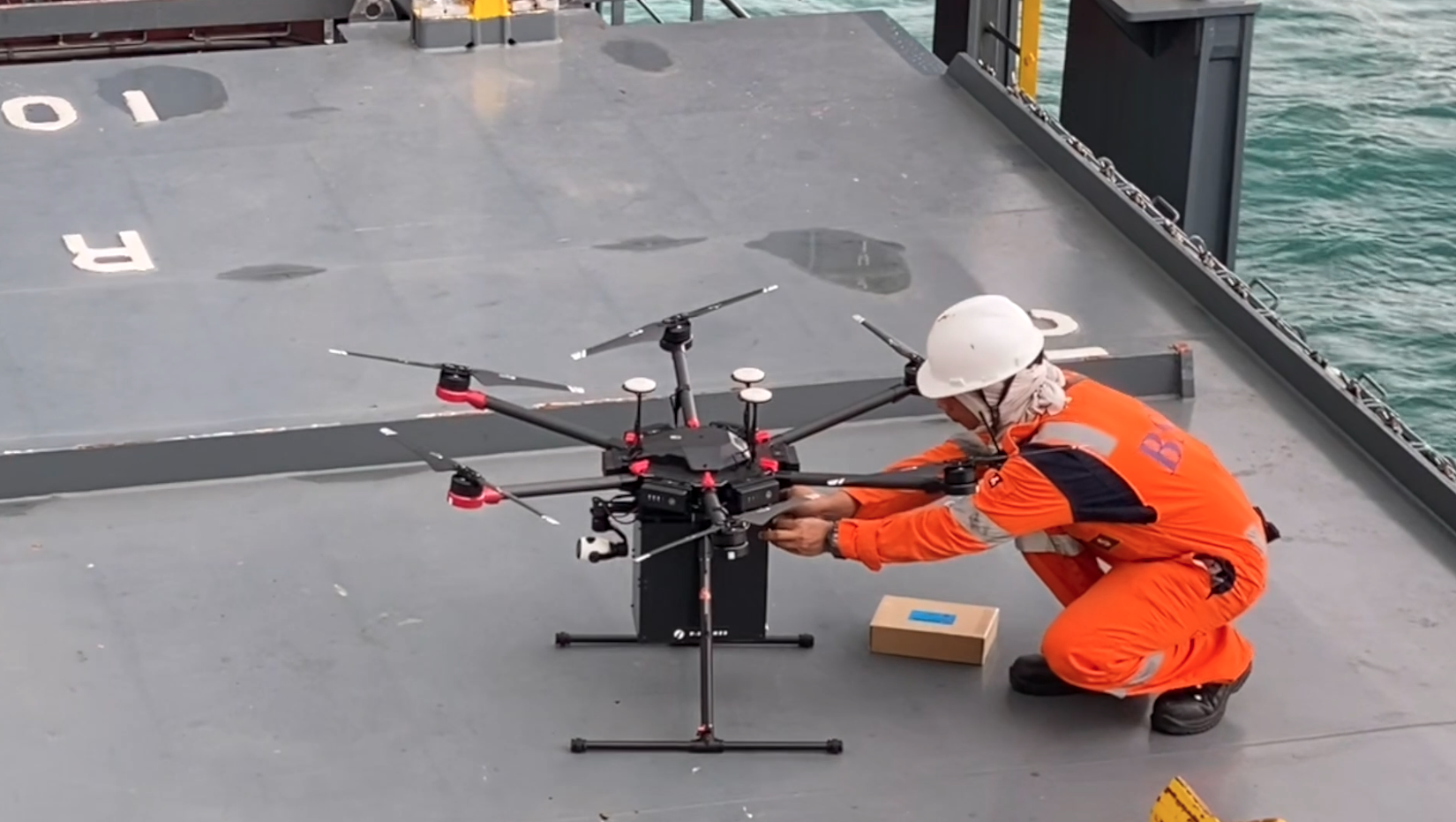 Aerial drone transportation is a novel technology, taking logistics to a new level. COVID-19 has proved to be a catalyst for the demand of drone deliveries to vessels, whether for urgently needed medicine, documents or spare parts.

“Drone deliveries can reduce cost, time and CO2 emissions. Compared to launch boats going alongside, drone deliveries can also be a safer alternative, especially in choppy waters. If you are only delivering small items, such as a letter, then a drone is a much more attractive option,” says Haymon Sinapius, Investment Manager at Innoport, the Schulte Group’s venture capital arm. Innoport invests in high-potential start-ups and disruptive technologies, striving to drive the transformation. F-drones has become their latest start-up investment. The Singapore-based start-up focuses on shore-to-ship drone deliveries. It started operations with an off-the-shelf drone in 2019 and has developed its own state-of-the-art drone due for commercial launch later this year.

“We have seen F-drones’ technology evolve over time. The company is now capable of carrying 5kg over 50km, and it is ultimately aiming for a 100kg load over 100km. To operate such distances, F-drones has obtained the crucial Beyond Visual Line Of Sight (BVLOS) licence in Singapore, which enables it to fly drones beyond a 400-metre distance from the operator. Having the permit, especially in the anchorages in Singapore, gives F-drones a competitive edge and makes it commercially very attractive for investment,” says Haymon.

F-drones also has a permit for night flights, so it can offer a delivery service 24/7. This is certainly an important milestone for the maritime industry, which operates around the clock. Initially, F-drones will mainly deliver to and from ships, but the ambition is to expand to serving rigs and other remote locations.

Innoport supports start-ups such as F-drones not only with capital but also with knowledge, strategy, marketing, access to customers and stakeholders, and geographical expansion. “We offer a consulting service, supporting the founders each and every step along the way,” says Haymon. “The mission to invest in global maritime start-ups reflects the Schulte Group’s commitment to innovation, something that its own customers are interested to know about, too.”

“The maritime industry has generally been slow to adapt to change, but digitalisation and associated innovation is accelerating,” he says. “The Schulte Group recognises that innovation is what will shape the future; leading the way will position us as the maritime service provider of choice for the next ten years.”Making such investments is also helping to drive change. “It may be more tempting to invest in mature businesses, but the group must invest in daring ideas and visionaries,” says Haymon. “We face a lot of challenges in the world, ranging from safety and welfare-related problems to emissions reduction and decarbonisation. If we or other funds do not invest in start-ups that want to tackle these challenges and that are often much faster to develop solutions than a large corporate might be, then these start-ups simply would not be able to progress. On the other hand, how would we achieve our climate-related goals if there were not these innovative companies to help us?”